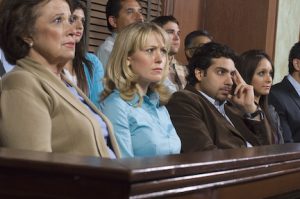 What 24 High School Students Taught Me About Mediation

When I was a third-year law student, 24 students from two Boston high schools taught me an important lesson about mediation.

One of the most compelling reasons to mediate your case is that you can maintain control over the outcome.  You get to know what you are accepting or rejecting beforeyou make the decision.  You give up that control if you submit the case to a jury, as I learned during the trial advocacy workshop I took during my third year at Harvard Law School.

Our class was divided into teams, and my partner and I were assigned to be the prosecutors at a mock criminal trial.  We spent weeks working with a local attorney who helped us prepare our arguments and the direct and cross examination of the “witnesses,” who were played by other law students.  Two other students were assigned to represent the criminal defendant, and I imagine they worked every bit as hard as my partner and I did.

I had spent a good chunk of my summer earnings on three, hideously-conservative suits.  For some now-mystifying reason, I had bought the same block-shaped suit in three different colors.  Since it was such an important day, I picked the navy-blue version, which was the most conservative of them all.

My partner and I took the train into downtown Boston.  We had a real judge who volunteered his afternoon and his courtroom to help us experience what it was like to try a case.  A group of local high school students, delighted to be missing half a day of school, was bused in to be our jury.

How We Got Two Juries

The judge suggested that the second jury could leave, but the teachers said that their bus had gone and would not return for several hours.  Everyone quickly agreed that it would not be a great idea to turn a pack of high school students loose in the courthouse with nothing to do.

And that is how we ended up with two juries hearing the same case.  Since the first jury was already seated in the jury box, the second one sat in the first rows of the spectator section.

The two juries saw the same exhibits, listened to the same witnesses, and heard the same arguments by the same lawyers.  When the trial ended, the judge gave each jury a separate room for its deliberations.

I remember staring down at my sensible, navy blue pumps, as the juries filed back in. I was as nervous as I have ever been at a real trial.

The first jury stood to read its verdict – for the prosecution!  My partner and I managed to keep from high-fiving each other, which we deemed highly unprofessional, but we were fighting hard to swallow big grins.  I studiously avoided looking at the defense lawyers, but I imagine they were as disappointed as we were delighted.

There was a stunned silence, and the two juries looked at each other with utter disdain, probably the first time in the history of the world that a high school rivalry started over the result of a mock trial.

What 24 High School Students Taught Me

As I learned that January day in Boston, the one, absolutely sure thing about a jury verdict is that you will not get to participate in reaching it, since you aren’t allowed to sit on your own jury.

By contrast, if you mediate your case before trial, the two sides can reach a decision together, taking into account all of the facts as well as the needs of all of the parties.  And since it is a mediation, you get to decide whether to accept the last offer or demand – or go to trial and see what happens.

What Attorneys Are Saying About Mediating with Lee:

“Lee’s calm reasoning and creative solutions helped us to resolve a challenging case when one side was willing to walk away and the other side would not budge on their number. She worked hard to find a compromise when none seemed possible.”  – B. Strothers

“It was a pleasure working with Lee T. Wallace during the mediation process. She pushed both sides to continue to fight through the process and not give up. And because of her vigorous determination I was able to settle my client’s claim to their satisfaction.” – S. Carson