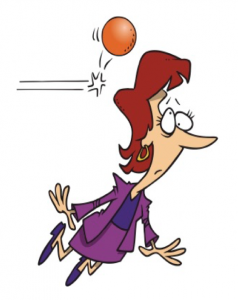 Many mediations would have gone off the rails at that point. But the lawyers and the adjuster did such a good job handling the problem that they were able to settle the case anyway.

In my next two blogs, I will talk about what these lawyers and adjuster did right. Next week I’ll tell you about the plaintiff’s lawyer, and what he did that allowed the case to settle – despite the unsettling news.

What may be less obvious is that the defense lawyer also had to make critical adjustments in order to let the case settle. Here are two take-aways for anybody who discovers that they have information the other side does not have.

1. If You Want to Settle the Case, You Have to Disclose the Information.

When we realized that the plaintiff was missing important information, the defense decided to disclose the new information. The defense could have insisted on saving the information to spring on the other side at trial, but the lawsuit would not have settled. The plaintiff would have remained mystified about why the defendant was valuing the case at such a low number, and the parties would have been forced to try the case.

Sometimes lawyers are hesitant to disclose information, even when it becomes clear that the other side is missing key facts. I once heard it said that lawyers think you can take secrecy to the bank and earn interest on it. I resemble that remark, as they say, and I fully agree that it would be a mistake to lay all of your cards on the table before trial.

But in order to have any chance of settling a case, the two sides at least have to be trying to settle the same case; they have to be operating under a common set of facts.

So in the case I mentioned earlier, the defense lawyer made the pivotal decision to disclose the information. In doing so, he enabled the plaintiff to correctly value the case, which ultimately led to settlement.

2. You Have to Be Patient as the Other Side Re-Evaluates the Case.

For years, the plaintiff’s lawyer had been operating under one set of facts. Now he was being forced to incorporate brand new information in the middle of a mediation. Once he had assimilated the new information, he had to explain to his client how it affected the case and the settlement number.

This process took time, and the defense lawyer and the adjuster had to be patient. Fortunately, they understood that the plaintiff and his lawyer needed time to assess new facts that significantly impacted the case they thought they had come to settle.

The patience paid off, and the case settled.