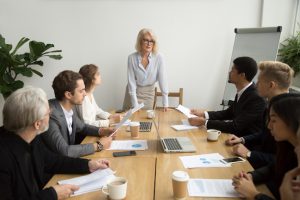 Reasons to Make an Opening Statement

1. To show the other side that you are serious and prepared, and will be a formidable opponent at trial.

You may not have a jury at mediation, but you still have an audience. Even if the other side is fully aware of all the facts you discuss, part of what they will be doing is evaluating you as an opponent. If they believe you are a serious, prepared lawyer, who will throw everything you have into the case, they are going to evaluate the case differently than if they believe you are inexperienced or unprepared. And the impression you make will pay forward into future cases with the same opposing counsel, law firm, and adjuster.

2. To communicate information about the case to the mediator.

I once had a mediation where no one had sent me information about the case in advance. Then, when we got to the opening conference, both sides announced that they were not going to make opening statements. “Hold up!,” I told them. “I need to know something about the case!”

In order to help you resolve the case, your mediator needs to understand what the case is about. If you have not provided information about the case to the mediator in advance, the opening conference is the best time to do it.

3. To make sure the other side understands the key facts in your favor.

The case may have been pending for years, and the arguments may have been fleshed out in depositions and motions. Even so, if you have key arguments that make your case, you should not assume that the other side is aware of them.

At a mediation I handled, one side had switched law firms in mid-stream. Partway through the mediation, it became clear that the new firm was unaware of some key testimony. The other side pulled out the transcript, and the entire tenor of the mediation changed.

4. To reassure your client that you are prepared and ready to take his or her side.

Clients have seen trials on TV and in the movies, and they have a general idea of what to expect. But it is the rare television show that depicts a mediation, so many clients come in unsure what to expect. They may even think that you are going to make a passionate closing argument on their behalf. If you then say nothing at all, your client may wonder how serious you are about taking his side.

Next week I will post Part 2, which will be a checklist that will help you think through whether to make an opening statement.